Americans for the Arts partners with various associations of elected officials to educate their members on the importance of the arts and arts education in their state, city, or region. For over 25 years, these partnerships have proven to be a valuable tool in our efforts to promote the arts in America.

These partners are essential for successful arts funding and policy nationwide. Our partnerships take on different characteristics, but generally include providing speakers for their association conferences, writing articles in their newsletters, our jointly presented Public Leadership in the Arts Award to each level of official, and serving as a resource to the associations' staff and members. Lastly, the associations partner with Americans for the Arts on research reports and projects such as the Arts & Economic Prosperity V study.

The United States Conference of Mayors

The United States Conference of Mayors (USCM) is the oldest Americans for the Arts public partner, dating back almost 25 years. Each year, Americans for the Arts sponsors an arts breakfast at the USCM’s Winter Meeting in Washington, DC where we present our Public Leadership in the Arts Award to two mayors (one of a city with a population of 100,000 or greater and one with a population of less than 100,000), a governor, and one or two nationally known artists.

At the USCM, the arts and culture falls under the authority of the Tourism, Arts, Parks, Entertainment and Sports (TAPES) Committee, chaired by Reno, NV Mayor Hillary Schieve . Americans for the Arts works with Mayor Schieve and the TAPES Committee to submit various arts-related resolutions for consideration and adoption by the committee and then the entire conference. We use these resolutions throughout the year to encourage other elected officials to support the arts in their community or state.  USCM has been a proud sponsorship of our AEP studies including our Arts & Economic Prosperity V.

Have a question about our partnership with The United States Conference of Mayors? Please contact Nina Ozlu Tunceli.

The National Lieutenant Governors Association (NLGA) and Americans for the Arts established a partnership in 2006. Each year at the NLGA Annual Conference, Americans for the Arts hosts a reception and presents a lieutenant governor with a State Arts Leadership Award as a part of the Public Leadership in Arts Awards series.  NLGA has been a proud sponsorship of our AEP studies including our Arts & Economic Prosperity V.

In July 2017, Americans for the Arts and the National Lt. Governors Association just took a major step in expanding our partnership.  After a year’s worth of discussions, the two organizations signed a Statement of Collaboration regarding our new State Military and Veterans Arts Initiative.  The two-year Initiative seeks to increase visibility, understanding, and support for the care of person across the military continuum and the role the arts can play in their health and wellness.  This program will focus on state national guard members and state run facilities.  It would function in concert with the Creative Forces Initiative.   Lt. Governors would use the power and influence of their office to promote policy, practice and quality use of arts and creativity as tools for health in the military and for veterans.  Sample activities for Lt. Governors would range from simple press releases/press conferences to convening meetings of local arts, military and state government leaders to discuss and devise ways to work together to provide these services.  In a few cases, Lt. Governors might choose to work with their legislative leaders to change existing laws/regulations on how the state treats arts therapy programs and how they are reimbursed.

Additionally, Americans for the Arts holds a unique position at NLGA as the only organization that is officially recognized as a partner of NLGA. Every three years, most recently in 2019, NLGA reviews and renews this partnership, which allows Americans for the Arts staff to present the Public Leadership in the Arts Award, attend every national meeting, and suggest speakers.

Resolutions Passed by the NLGA Supporting the Arts:

Deepening our work, NACo, in partnership with Americans for the Arts, received a second Our Town grant from the National Endowment for the Arts to train county leaders to advance arts-based economic development in rural and mid-sized counties across America. The program is scheduled to launch this fall.  The program complements NACo’s vision to achieve healthy, vibrant and safe counties, where the arts can provide a window of opportunity into many of the issues counties tackle on a day-to-day basis, including economic and community development, public health, and justice and public safety.

NCSL’s Labor and Economic Development Committee has jurisdiction over arts and culture within the organization. Each year, Americans for the Arts sponsors a committee luncheon/session focusing on the arts and culture.  Americans for the Arts also works with NCSL's Education Committee, Criminal Justice and Public Safety Committee, and the Military and Veterans Affairs Task Force.  NCSL has been a proud sponsorship of our AEP studies including our Arts & Economic Prosperity V.

Every third year, NCSL debates and renews a policy statement on the arts and culture. The current policy states:

In collaboration with Americans for the Arts staff, NCSL featured an article on Arts in Education in the fall 2014 issue of "State Legislatures,” its print publication. Please click here to read the full article“Art Smart,” written by Sarah Shelton.

Americans for the Arts is pleased to partner with NCSL at their annual conferences to host a luncheon for NCSL's members higlighting issues effecting their states.  Here are the last few years of topics/sessions.

The National League of Cities(NLC) and Americans for the Arts established a public partnership in 2007 when they agreed to become a national partner for the Arts & Economic Prosperity III report. Since then, Americans for the Arts has written articles for NLC’s blog, CitiesSpeak.  Further, NLC conducted its 2018 State of the Cities Report and found that the Arts and Culture was one of the major subtopics under Economic Development, which was the primary area of activity for mayors.    Lastly, Americans for the Arts staff have spoken at NLC's annual conference and is proud that NLC also renewed its sponsorship of our Arts & Economic Prosperity V.  We are currently working on establishing a Public Leadership in the Arts Award for a city counsel person.

At the NLC, the Human Development Committee proposes policies relating to the arts and culture. The adopted federal policy positions guide the NLC’s federal advocacy efforts and focus on federal actions, programs, and proposals that directly impact municipalities.

Americans for the Arts has periodically worked with ICMA over the past 8 years but is stepping up its working relationship.  ICMA is a partner with Americans for the arts to promote our Arts & Economic Prosperity V.  Americans for the Arts periodicaly publishes feature articles in Pulic Management (PM), ICMA's member magazine and serves as speakers at ICMA Conferences.  We are currently working on establishing a Public Leadership in the Arts Award for a city/county executive.

December 1, 2020 The Importance of the Arts  PM Magazine

September 26, 2017 The State of the Arts, National Arts and Humanities Month   PM Magazine

Americans for the Arts' newest public partner is the Western Governors Association (WGA) which covers the 20 western states and territories.  They represent states including and west of ND, SD, NE, KS, OK and TX.  In addition to attending their meetings, Americans for the Arts is working with WGA and their foundation to develop a progam to infuse the arts and culture into WGA's ongoing programming. 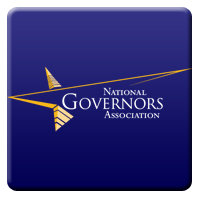 Within the National Governors Association (NGA), the the Economic Development and Commerce Committee has jurisdiction over arts and culture. The NGA Center for Best Practices provides governors with information about how to use the arts effectively in their states to unite communities, create economic opportunity, and improve the quality of life. They also produced a report in 2012, New Engines of Growth: Five Roles for Arts, Culture and Design.