Robert L. Lynch informs members and friends of the status of federal funding for the arts in the new Administration and U.S. Congress, and describes actions steps that they should take now and over the coming months.

Dear Americans for the Arts Members and Friends,

I am writing to you today about the status of federal funding for the arts in the new Administration and U.S. Congress and about what you should do right now and over the coming months.

Last week on Thursday, January 19th I sent our Americans for the Arts members, stakeholders and constituents at the local, state and national levels an alert calling attention to an article in The Hill newspaper which reported that two Trump transition team advisors are recommending elimination of the National Endowment for the Arts, National Endowment for the Humanities, and privatization of the Corporation for Public Broadcasting. I was asked to respond to this troubling news and gave interviews in the following publications: Washington Post, Variety, The Hill, and Paste Magazine among others.

Also last Thursday, Nina Ozlu Tunceli, executive director of our affiliated grassroots advocacy organization Americans for the Arts Action Fund, sent an action alert outlining four quick action steps to its members. The Arts Action Fund website www.ArtsActionFund.org will continue to have the most up-to-date information about ongoing advocacy efforts actions to take regarding federal funding for the arts. The Arts Action Fund is also working with state arts advocacy groups on a coordinated campaign that will be released next week.

Today, I sent a letter to President Trump asking him to preserve federal funding for the National Endowment for the Arts, National Endowment for the Humanities, and the Corporation for Public Broadcasting. But I would like the next letter that I send to the President to be accompanied by a petition signed by 100,000 Arts Action Fund members which can be found here. Over the coming weeks, I expect that there will be a number of opinion articles and targeted attacks regarding public funding for the arts. To help further explain what is—or isn’t—happening right now, Americans for the Arts has prepared a few FAQ’s from questions the staff have already fielded. We also need to organize and galvanize our forces. Please sign the petition and get at least 5 of your friends to do the same so we can raise our collective and individual voices with precision and in a unified manner.

I believe our collective job in the arts community is to tell our story and make our case again and again at the federal, state and local levels. Below are the action steps I hope you will take as soon as possible:

This is what you can do now but we will circle back to you at several points along the timeline below to customize and target messages as the process unfolds.

We’ve created a Rapid Response Team here and put together a general timeline of what to expect:

At the national level Americans for the Arts will continue to coordinate with national, state and local arts groups on advocacy efforts through:

Just yesterday, President Trump signed an Executive Order that could potentially deny certain cities, such as sanctuary cities, billions of dollars in federal grants, including NEA funds, if they do not follow new immigration enforcement protocols. Americans for the Arts is already developing strategies about a number of issues related to federal arts funding, and we are proactively investigating new opportunities for arts funding in the coming months; an example is legislation regarding expanding our nation’s infrastructure.

Finally, we are seeing that the current efforts to eliminate the NEA seem to be based on old Heritage Foundation arguments formulated over two decades ago.  Even though these arguments are dated that does not mean they won’t have weight with new legislative listeners. The argument to eliminate or slash federal arts funding comes up every year and your collective efforts have stopped that from happening in the past. But in the current political environment, it is critical that all of us redouble our efforts.

I think it is good to know what claims might be put forth so that we are all prepared with locally-based strategies and answers. To help with this, our team is preparing rebuttals to each of these potential arguments which will be posted on the Americans for the Arts and Action Fund websites and forwarded to Arts Action Fund members. This information can help you make a case for federal funding with your Congressional representatives.

Americans for the Arts is committed to working with you to ensure that all Americans have access to the arts and that we protect and cultivate funding for the arts on the local, state, and federal level.

Thank you for your hard work.

Bob
President and CEO
Americans for the Arts

Latest from Bob on ARTSBlog and Medium

Transforming America’s Communities Through the Arts

Learn More about the Initiative

Americans for the Arts' comprehensive, three-year initiative to increase understanding of the value of the arts and investment in the arts.

Americans for the Arts Strategic Partners

Scroll Through the Timeline 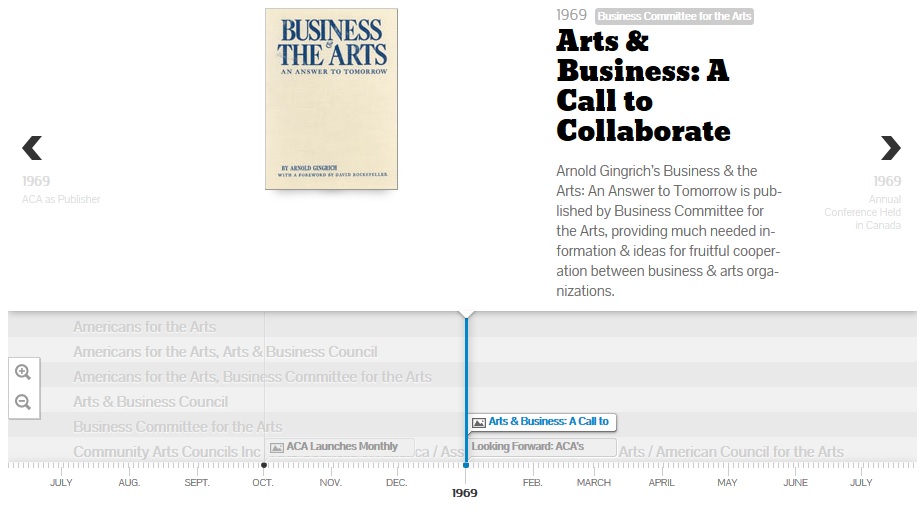