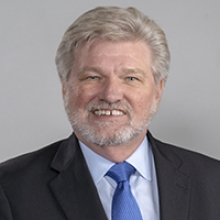 Americans for the Arts President and CEO Robert L. Lynch released this statement following the release of the Trump administration’s proposed fiscal year (FY) 2021 budget, which would eliminate funding for the arts:

“For the fourth-straight year, the Trump administration has proposed to eliminate the National Endowment for the Arts (NEA), the National Endowment for the Humanities, the Institute of Museum and Library Services, and the Corporation for Public Broadcasting. Clearly, both chambers of Congress have consistently rejected this unilateral effort on the administration’s part. Americans for the Arts will again work with Congress to not only reject this misdirected budget request, but further increase funding for these important cultural agencies.

“In testimony Americans for the Arts submitted last Thursday, I urged the House Interior Appropriations Subcommittee to increase NEA funding to $170 million next year, by allocating an additional $7.75 million over FY 2020 funding. For context, these cultural agencies are still inching their way back up to levels once enjoyed two and a half decades ago. Congress last appropriated $170 million on a bipartisan basis to the NEA in FY 1994—this is a step towards restoring that funding level, notwithstanding adjustments for inflation.

“For more than 50 years, the NEA has expanded access to the arts for all Americans, awarding grants in every Congressional district throughout all 50 states and U.S. territories, particularly benefiting communities that have fewer opportunities to experience the arts. It’s because of this that Congressional appropriators have chosen in the previous three years to reject the administration’s call for termination of the agency, and instead provided increased funding—in FY 2020, an additional $7.25 million in funds were added over FY 2019. I expect to see similar action by Congress this year, and hopefully a $7.75 million increase.

“I am deeply grateful for our pro-arts majority in Congress, particularly Congressional Arts Caucus Co-Chairs Reps. Chellie Pingree (D-ME) and Elise Stefanik (R-NY), and the bipartisan work of Congress and the House Interior Appropriations Subcommittee in upholding the arts and rejecting proposed FY 2018, FY 2019, and FY 2020 budgets calling for the elimination of the NEA.”

For tools, resources, and information on how to make the case for the arts and arts education, visit the Americans for the Arts’ Arts Mobilization Center.