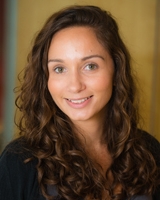 Alicia joined Americans for the Arts in 2014 as Program Coordinator for Animating Democracy. In her role, Alicia is responsible for advancing arts-based civic engagement through coordination and development of communication, convenings, research, and other program services for constituents. Before coming to Americans for the Arts, Alicia worked as the Program Assistant for Split This Rock, a nonprofit dedicated to bringing poetry to the center of public life. While there, she provided valuable support for the organization's daily operation and many initiatives, including three of their biennial festivals, youth programs, workshops, and readings, among other public programming at the intersection of poetry and social change.

Alicia holds an M.F.A in Creative Writing from American University where she served as the Editor-In-Chief of the university's national literary journal Folio. She is a former Lannan Fellow at the Folger Shakespeare Library, and her poetry has appeared in Poet Lore and her reviews in Foreign Policy in Focus. Alicia has lived in South Africa where she studied anti-apartheid literature and the Truth and Reconciliation Commission.